Skip to the content
Home > Insurance Blog > What Happens If I Get In A Wreck With An Uninsured Driver?

What Happens If I Get In A Wreck With An Uninsured Driver?

Most states have mandatory minimum auto insurance laws, but some people still drive without the required coverage. The Insurance Information Institute (III) reports that in a recent study, 13%, or one in eight drivers in the U.S. is operating a vehicle without insurance. Many such drivers cannot afford the cost of car insurance, which makes it difficult to collect damages after an accident. Fortunately, there are ways to protect yourself if you have been involved in a wreck with an uninsured driver.

Uninsured motorist protection is a type of auto insurance designed to protect you if a driver without insurance causes a car collision. Hit and run accidents are also covered. This coverage is optional in most states but required in others. If the driver who caused the crash has no car insurance, your uninsured motorist coverage will kick in to cover your damages, up to your policy limits.

Even if a driver is carrying the minimum liability auto insurance, it may not be enough to cover your losses. In many states, mandatory minimum financial responsibility limits for bodily injury and property damage are as low as:

Medical expenses for injuries sustained in a serious accident can run far more than $25,000. The average cost of a new vehicle in 2020 is $37,851, according to the Kelley Blue Book.

Underinsured motorist coverage provides you with added protection in case the policy limits of the driver who caused the accident does not fully cover your losses. If you are in an accident with an underinsured driver, you need to file a claim with the at-fault driver’s insurance company and inform your own auto insurance provider. If you receive inadequate reimbursement from the other driver’s insurance company, your underinsured motorist coverage can pay the difference, up to your policy limits.

How Much Uninsured/Underinsured Motorist Coverage Do I Need?

Coverage levels for uninsured/underinsured motorist insurance can vary widely. Some insurance companies may limit you to coverage no greater than your other liability limits. In general, it is wise to have the same amount of uninsured motorist coverage as you have for bodily injury.

How Much Does Uninsured/Underinsured Motorist Coverage Cost?

The average cost of uninsured/underinsured motorist coverage is approximately 5% of annual auto insurance premiums. Various factors can affect the price of this type of insurance, including driving record, previous claims, and policy discounts. Our experienced agent can help you find the best rates for the uninsured motorist protection you need. 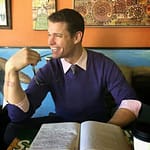 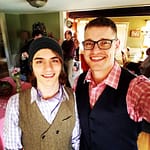